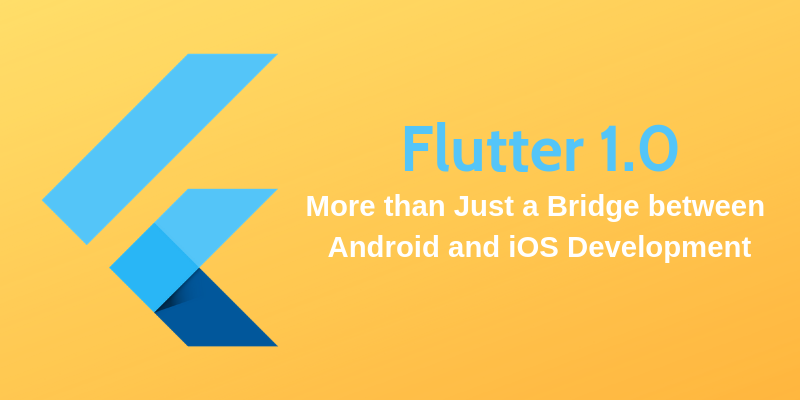 After almost a year of previews and updates, Flutter 1.0 is finally here while much of the attention goes to its cross-platform capabilities, there is obviously more than meets the eye. What’s Google exactly trying to achieve here? It already has the world’s most widely used operating system-Android and the most populated app store- Google Play. So, where exactly Flutter fits into the picture? To understand the significance of this step, we’d need to step back a little to look at the larger picture. Are you ready?

See More: Why Flutter might be the New Face of Cross-Platform App Development

Let’s start with Android. This OS now over a decade old built on a Linux kernel almost 3 decades old. That is, no matter how many Android updates Google pushes, there is just so much legacy code down there that it just can’t scrap way and that holding back the entire OS. In the perfect world, the ideal choice would be blow up the OS and build a new modern platform scratch. And that takes us to next stage- Fuchsia.

If you are reading this article, you may be assumed to be tech-savvy enough to have heard about the new OS developed by Google. It has got its own new kernel called Zircon and is supposed to be the next Android. The developed started just a few years ago and is still at least half a decade from full-scale release. Building OSs from scratch is, after all, a really tough job even for a company like Google. So what’s Fuchsia got to with Flutter? Everything!

See, Windows mobile platform was an exceptionally good OS. Even Blackberry was reasonably good or the recent Firefox OS. But all of them failed because they simply didn’t have a mature app ecosystem. And that’s a bridge Fuchsia too would have to cross once it is launched. After all, you can’t expect users to leave Android for a platform that doesn’t have apps. And that’s where Flutter comes into the picture.

And if you look at the Flutter website, it clearly states that Flutter is fully optimized for Fuchsia that also runs on Android and iOS. Let us decode that for you- Flutter app development actually targets the upcoming OS and its compatibility with Android and iOS is just a way for developers to get on board.

That is, Google is aligning Fuchsia with Android app development so that when it eventually kills Android, it would already have created a robust app ecosystem- thus solving the problem Microsoft never could. And it’s also isn’t just about replacing Android. The fact that Flutter is compliable with iOS development is a clear indication that it is eyeing a major chunk of Apple’s share as well.

In the end, Google would finally achieve the cornerstone it’s been working for years- running the OS and Kernel that it built and support applications that are built by an SDK and language built by Google. That is ultimately the grand theory of Google.

You May Take Interest: Why Flutter Will Shape Mobile App Development for Good

Now that you know, how big a deal Flutter is going to be in future, you must also start planning for the inevitable shift. Yes, that is still years away but since Flutter skills are in short supply, we suggest you hire a developer and undertake a detailed assessment of your app to gauge to full impact and even start your gradual shift to mitigate any disruptions in future.