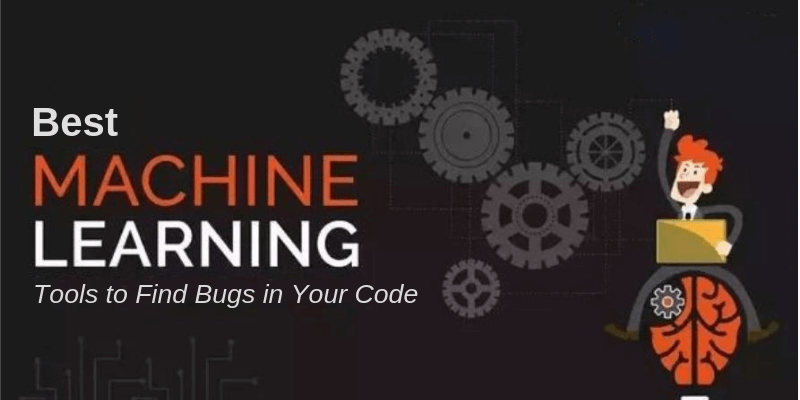 Building software has always been complicated but as the digital space expands to bring into its fold virtually every industry and massive user base, the involved complexities and their size too have shot up proportionally. An average mobile app these days can easily have upwards of 50K lines of code and if you are dealing in enterprise or cloud solutions, you can expect that figure to rise substantially. To make this worse, developers these days often work in cross-functional teams with tight deadlines- thus fostering the perfect breeding ground to commit mistakes.

While making mistakes in such an environment is fairly easy, detecting them during the test phase can be incredibly tough. It simply requires superhuman abilities to detect bugs in codes stretching to tens of thousands of lines. That’s exactly what we are here to suggest- AI-enabled testing tools. And we aren’t just referring to the syntax but bugs caused due to mistakes semantics. These ML-capable tools are already used by top app development firms and would shape the next phase of smart coding practices.

This possibly best AI-enabled tool you can use for detecting bugs at the moment. The system uses a large set of over 2,50,000 rules to analyze codes and suggests improvements. All you have to do is allow it access to your GitHub repository and it would take it from there. Currently compatible with Python, Java, and JavaScript, support for more languages are expected in the future.

If you have used Microsoft’s Visual Studio, you must have come across IntelliCode most widely known for its code completion feature. This tool has been trained by examining thousands of 100-star-rated projects on GitHub to learn the best coding practices and brings that experience to your personal coding environment. It learns your coding style and then offers corresponding recommendations. Not only would it find bugs and fix the missing variables but also format your code to make it look consistent in the larger program.

If you need to operate at scale, SapFix is possibly the best tool for the task. A product of Facebook, it is consistently used across millions of Android devices to automatically detect bugs and even generate patches for them. The application builds templates for all its patches and if in future encounters any complex issue, refers to those templates to automatically build sophisticated solutions.

Particularly useful to spot bugs in gaming codes, Commit Assistant has been trained with a wealth of Ubisoft’s code and library to detect patterns in previous bugs and thus intercept new bugs with higher accuracy.

A word of caution

Now before you go out to test these tools on your project, it is worth pointing out that some of these may not perform as well as you might expect and there is a good reason for that. Since they are all machine-learning tools, the more you engage with them initially, they better they would get at their task. So, if you find that any particular tool doesn’t quite detect as many bugs as you would like, we’d highly suggest you engage with it rather than dumping it altogether.