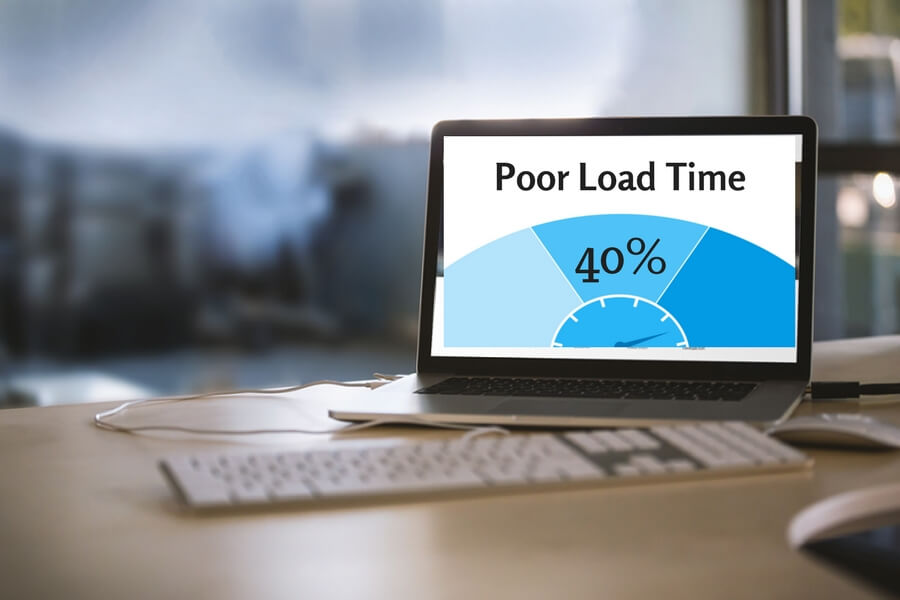 Today with customers having every possible service at their fingertips, patience is nowhere to be found. Especially, when you consider reports like 40% of the users abandon a page if it takes more than 3 seconds to load It becomes evident that while features and interface bring in more users and promote engagement, it is actually the performance that plays a key role in consolidating them and ensuring long-term sustenance.

Majority of the time spent on loading a page goes into individually requesting for each of its components. That means, the higher the number of components your page has, the more time it will take to load, no matter how small those components are.

Without compromising on your desired interface, you can optimize this aspect in two steps- first, use stylesheets instead of images wherever possible. Second, we combine a maximum number of stylesheets to bring down the overall number of components. And it works for sure.

If you have a web application in today’s century, it is certain that it would have images, lots of them. While they are necessary to keep the application appealing, they also consume a lot of bandwidth and consequently, have a major role in bogging down the speed of application. The first thing to keep in mind while optimizing images is to consider their implementation.

For instance, it makes little sense to use high-quality images for the app logo as they are generally of small size and need to load fastest. For other images, picking out the right format and compression can easily deliver an acceptable level of quality without being a burden on the site. JPEG images, for example, have lower size than PNG images but when compressed, looks distorted. These kinds of trade-offs need to be immediately fixed up before going live.

If your application doesn’t register much traffic then it is of little significance, but if you serve a large number of customers or plan frequent sales to draw high traffic, the non-blocking mode at server-end will definitely serve you better.

Since the majority of web traffic is now driven by mobile devices, the speed of your application on such devices is equally (if not more) essential.

There are essentially two ways to offer better performance on mobile devices-either have a dedicated mobile website or have a single but responsive website. The first approach besides being expensive takes longer to load because each time a user enters the URL, they are first redirected to the mobile site. With responsive design, such overheads are readily eliminated, and the site works much faster.

Also Read: Why Should You Migrate to Amazon Web Services

This is possibly the simplest of tricks to speed up your website for your regular users. And yes, that’s the only drawback of this technique- it speeds up your site only for users who regularly visit your website. Once you enable caching, most of the components of your site will be kept locally on your user’s system. Only the part that has changed will be loaded each time they visit, thus saving considerable time.

Apart from these surefire techniques, there are few other things that do not technically speed up your application, but when employed, do give an illusion of it working faster. The two most common techniques are multitasking and loading pages at the top first rather than the entire page side by side.

By multitasking, we mean that apart from loading the components currently viewed by the user, the web app also keeps loading other components in the background. So, when the user lands on that page, it would seem to have loaded much faster. For example, if your product has five images, the time while customer views the first image, it loads the remaining four in the background. Or if they are uploading an image, the time they take to put a caption, the image can already be uploaded in the background. In the same way, if the top of your page loads faster, it will keep the customer engaged, hence leaving ample time to load the rest of the page.

These features may sound complicated but can be easily implemented by offshore web developers without shooting up your budget.

Also Read: How to Reduce the App Size for iOS and Android