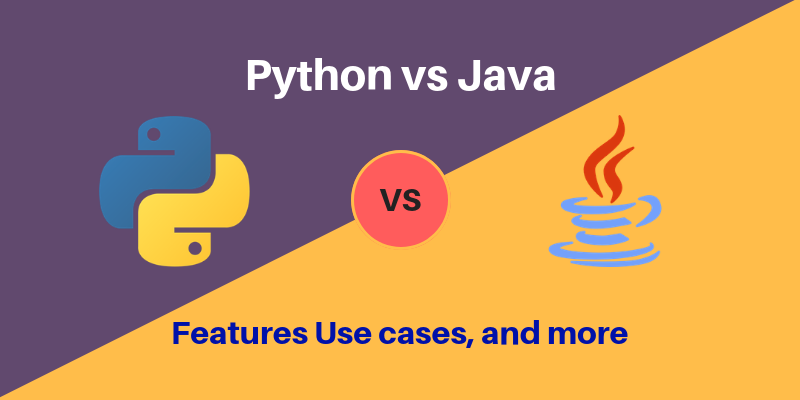 Comparing technologies is tough and for the most part, offers little tangible value. For instance, if we compare Kotlin and Swift, we might find one to be better than the other in certain regards but there is little value in such comparison. No matter the outcome, Android developers can’t use Swift and iOS developers can’t choose otherwise. But there are some tools that compete for common space and that’s a comparison worth having. Python and Java are two such languages.

Before we begin, let’s try and define a few ground rules.

One of the highlights of Python is its blank space formatting compared to those braces used in Java. Objectively speaking, none is better than the other. While some offshore developers find the blank spaces make the code more readable, those with a background in C/C++, find it easier to manage code with braces.

As mentioned earlier, the performance of languages depends on the environment they operate in. For instance, python is better at executing single-threaded programs while Java performs better with multi-threaded programs.

Since both the languages are quite mature, they have created a robust ecosystem of supporting resources around them. Be it development environments, libraries, frameworks, or any development tool for that matter, both Python and Java stand almost toe-to-toe.

Java vs Python: Use cases

Both Java and Python are used for backend development and are widely recognized as powerful tools for building full-scale applications. Both of them also feature some really robust frameworks to make the task easier for developers. Django and Flask are two of the most popular Python frameworks for web developers while most of Java web development services use Spring.

Now, this is a domain where in comparison to Python, Java runs a monopoly. If you are looking to build Android apps, you are bound to use Java or Kotlin as Python isn’t even an option. It worth mentioning that more than an inherent flaw of Python, this feature of Java is owed to its recognition as an official language for Android.

Now, this is an area where Python is way ahead of Java application particularly due to its headstart. Python has been long used to build scientific applications and thus is supplemented by a vast array of powerful mathematical libraries- a key ingredient for Machine Learning.

As you may have inferred by now, despite all the challenges with Java it still has ample value to sway developers on its side.in almost all the popular aspects like web and mobile, Java remains the frontrunner. That said, there are few domains like machine learning, big data, or other math-intensive programs where Python continues to hold its ground. So, depending on the type of application you are building, you can now make the right choice.