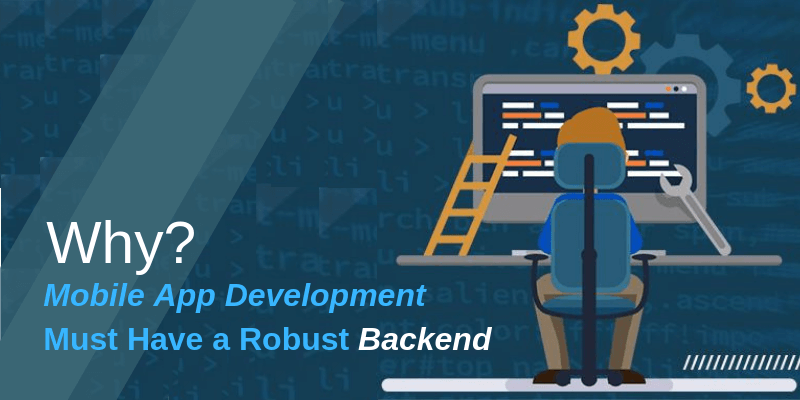 People these days are obsessed with the user experience. Ask any designer, developer, or consultant and they would tell you how user experience is the single most important factor for driving user engagement and by extension conversion. But is that all? If a clean interface and intuitive design is all it takes to engage users, why do so many apps still fail? To be sure, we aren’t inferring here that all those designers and developers are wrong. Yes, the user experience is the single most important factor but what’s often left unsaid is the implicit assumption that the backend remains the same.

Nobody likes a beautiful app that performs poorly but at the same time, people don’t mind using an ugly looking app if it performs well to get their job done. By that logic backend arguably even more important part of a mobile app than its user experience and yet grossly overlooked. Let’s take a look at how a well-structured backend adds to the bottom line of any mobile app.  But before we get into the specifics, we’ll try getting the basics straight:

What exactly is the backend?

Generally speaking, backend consists of all the components involved in processing the user’s request including a web server, an application server, and a database. If you have features like push notifications or email notifications they too are integrated within the backend.

As hinted earlier, if the user experience is about aesthetics, the backend is about performance. The architecture you use at the backend ultimately determines the scope and robustness of your application. And even beyond performance, these are three critical considerations that make backend important for every mobile app developer.

This is something you may already be well aware of. Except for passive attacks like snooping or masquerading, every security attack targets the backend of an application because that’s where the data is and the potential to cause disruptions. The point is, if you wish to have a secure application, you would need to have a secure backend.

Another key reason you should pay close attention to the backend is its resilience to change. Unlike frontend that can easily be modified, changing the backend of an application can drain considerable resources. You can easily find examples where startups initially choose the wrong backend and as their application grew in size, had to eventually make major modifications. Now given that backend comprises a majority of the overall mobile app development cost, complete application overhaul not only puts financial stress may also result in considerable downtimes.