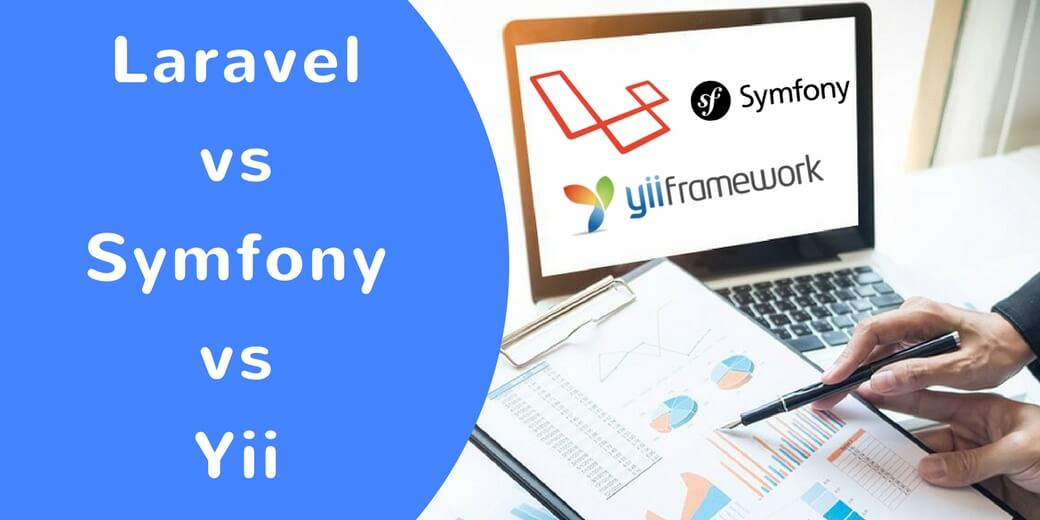 Having a good tool is the first prerequisite to having a good product. So, if you want a quality web application, find here what framework to choose.

PHP is considered the de-facto language for web development, especially if you want the application to be highly scalable and deliver an extreme level of performance. And though PHP as a language is very powerful and flexible, some developers also find the code to be a bit messy and tough to manage. For that reason, it is essential that when businesses opt for PHP web development services, they also choose an appropriate framework that best suits their purpose. Moreover, since PHP is one of the most popular languages around, the problem isn’t the lack of quality frameworks but is the opposite- there are too many.

Laravel vs Symfony vs Yii

So, let’s take a look at three of the most popular PHP frameworks and try to figure out what among them is the best.

Though it is the youngest of all the frameworks in the list, Laravel has gained immense popularity in a short while and many believe Laravel development will soon epitomize PHP web development. While it’s easy learning curve makes it simple for developers to get quickly around the technology, its extensive set of features like unit testing, additional packages, package management, among others, help them create robust and feature-rich applications with minimum efforts.

Symfony has been the framework of choice for some of the most seasoned developers due to its Long-Term Support offering. Known for its high stability and extensively modular approach, developers have the freedom to deploy a vast set of reusable components to quickly enhance the features; hence, ensuring much rapid development than others. Also, if something goes wrong or if you need some assistance, Symfony has a vibrant and flourishing community from whom you can seek help.

Having established itself as one of the most reliable PHP frameworks in the market, Yii is known for exceptionally high extensibility. Arguably offering the best performance among all, it also comes with Ajax support to help you easily create responsive applications.

Now, let’s test these frameworks on the two most important criteria for web development:

Symphony, owing to its modular architecture, is clearly the winner here. Laravel, primarily due to its easy learning curve, is the close second. While Yii too can be used to create web applications in a short interval, it’s just not as good as both of these and takes the third place.

To the amusement of most of the developers, the ranking here gets inverted. Yii has simply the best performance here. And while Symphony and Laravel can be argued to have a similar level of performance, we personally believe that Symphony takes an edge over others.

Each of these frameworks is good at handling all the basic tasks but as you may have noticed, they come with their own area of strengths. So, the answer to the question, what among three is the best? -is it depends.

If you are out to create a simple web application with a standard set of features, without delving into many complexities, Laravel, with its easy learning curve and a large set of packages, will be of great help.

If you have a large application to build with a plethora of features and know your way around reusable components, get started with Symphony, and you won’t be disappointed.

But if you have some mission-critical or real-time application at hand with extreme performance as an absolute necessity, hire a PHP developer who is adept in Yii.