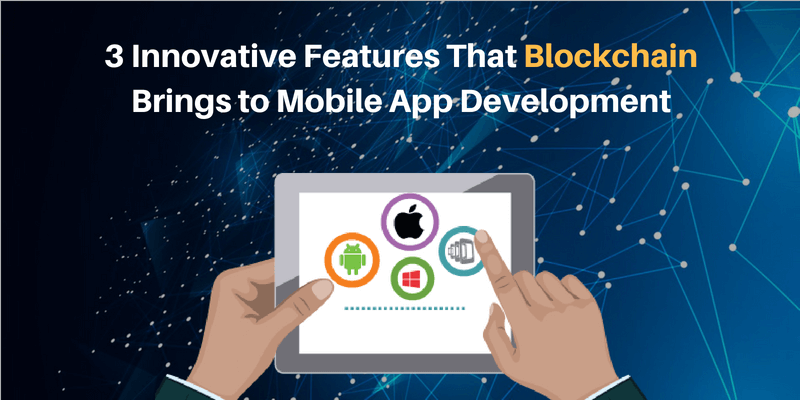 Blockchain, now a decade old technology has spent most of its life in the shadows of its earliest implementation- cryptocurrencies.  In fact, its identity crisis was so severe that until recently, both themes were used interchangeably. It’s like using Machine learning and Face recognition interchangeably. Yes, face recognition is one of the first and important applications of Machine Learning, but it is by no means the only one and the possibilities are virtually limitless. On a similar note, Blockchain extends far beyond cryptocurrencies and can be used to create many different kinds of applications.

Even at this point, the possibilities of Blockchain is being explored and exploited by almost every industry including retail, banking, health, and even governance. No matter the kind of application or its functionality, they all rely upon one or more of the three innovative features of Blockchain. If you too wish to build such applications, these are the features you can leverage:

See More: About Crypto Wallets and the Best Blockchain Apps

Almost every application currently runs on a client/server model whereas the number of users peak, the networks either need to be scaled in real-time- which is quite expensive, or it gets clogged. Blockchain, with its reliance on a peer-to-peer network, offers a consistent experience. Plus if you add to that the advantage of independence from managing a single server, this approach becomes much more feasible both in monetary and functionality terms.

See: How Blockchain is Crucial For E-Commerce Security

Transparency and security are often seen as the two ends of the data management. But Blockchain helps deliver both. While its public availability ensures all transactions are visible to users, the strong encryption eliminates any changes of data forgery or leakage. For instance, the data is commonly encrypted via the SHA-256 algorithm, which when tried to break, would require 2^256 attempts. Even with the fastest supercomputers available, single encryption would take years to break- essentially fending off attackers even before they attack!

Also, because it works on disturbed network and transactions are authenticated based on consensus, attackers would need to hack thousands of systems to commit a fraudulent transaction against a single server in the current architecture.

Overall, if you are looking to create an app that needs to be independent of centralized data monitoring, would see the same data being manipulated via a large number of users and most importantly, if you wish your system to completely transparent and secure, deploying Blockchain is the best option you have got.

However, we at this point feel obligated to separate the truth from hype. The blockchain is not the one-stop solution for all of the business needs. There are some use cases where it excels, there are others where it can offer dependable solutions, but there are also cases where it is ineffective. So, before you hire any app development agency to create a Blockchain-based app, make sure you have your priorities laid out.