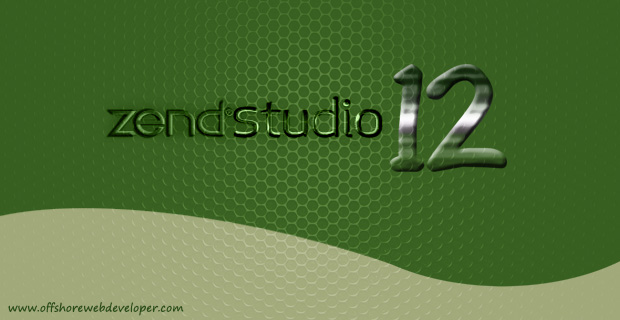 “Have a look at what changes has the latest release of Zend has brought in the world of PHP and app development.”

The latest release of Zend studio 12, has brought a number of new goodies for the PHP developers, and in the field of PHP Zend development. It has brought an assortment of various new capabilities and attributes along with it for the fabrication of web applications that are featured mainly for smart phones and tablets. The latest Zend Studio 12 has raised the graph in mobile development, especially, for PHP developers by hugely counting the support for AngularJS, Cordova, Ionic, and a completely customizable mobile application having source codes.

The debugging capabilities of an IDE have also increased, providing in-context visibility, unrivaled real time, enhancing the performance and codes of the applications. The updated version of Zend has come up with some really astounding features, like Eclipse 4 Luna development platform, Amazon Web Services, and PHP 5.6. However, before going deep and discussing the new features of Zend Studio 12, let’s have a brief about Zend.

Zend is an open source development tool, which is put into operation in PHP 5. All the components of Zend are completely object oriented with use-at-will architecture having minimal interdependency. It supports the MVC framework only similar to CakePHP. Zend has flexible caching sub-system that supports various kinds of backend, like a file or a memory system.

• Zend studio 12 offers the developers coding in style. The codes, now can be framed on a dark black colored background, and the developers can enjoy this experience of working on a new and fresh theme.
• Zend studio 12 has introduced split editor, which can be split vertically and horizontally to see more codes at the same time. This provides an ultimate user experience, and helps in enhancing the productivity functionality as well.
• The all new multi-cursor feature in Zend studio 12 increases the ability of coding faster by enabling the user to edit several lines at once.
• Integrated with Angular JS, Cordova, and Ionic. Angular JS helps in building client-friendly apps taking an absolute advantage of MVC. The Cordova on the other hand assists the developers in coding HTML/CSS/JS enabled mobile apps. The ionic helps in creating hybrid mobile apps, and also put forward a library of interactive apps, mobile optimized gestures, and HTML, CSS, and JS components.
• Supports PHP 5.6 language, and features its components, like variadic functions, constant scalar expressions, large file uploads, phpdbg, gost-crypto hash algorithm, and more.
• Zend provides fully functioning mobile apps with source code.
• Integrated with Bower, with which one can easily manage the libraries, assets, utilities, and frameworks. Bower is, basically, optimized for the front-end. It obtains and installs packages from all over, and takes care of searching, downloading, saving the items, which you look for.
• Zend is built on Eclipse 4 – Luna platform, and takes advantage of all the enhancements included in Eclipse 4 – Luna platform.
• For increasing the performance of the app, and the real time visibility, Zend is integrated with Z Ray and Z Ray live.

This latest release has brought ultimate mobile experience and advancement in the world of technology. The users will experience something new with vast and improved features. OffshoreWebDeveloper has also implemented this latest and updated version of Zend. We hire Zend developers with proficiency in building amazing mobile apps on this platform, and also on other perspectives of PHP. Other than PHP Zend development, the highly deft team of PHP developers in Konstant also has an exceptional know-how of building mobile and web apps on other PHP frameworks, like CakePHP, PHP YII, Codeigniter, etc.