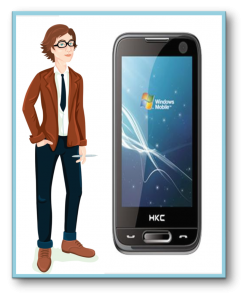 Latest Metro application framework is the only way to build almost all versions of Windows 8. Metro app framework is different from previous Microsoft platforms and widely used in windows mobile application development. Developing windows apps helps in leveraging your existing skills and also, in learning concepts of a new platform.

Earlier, windows mobile app developers could choose c# or VB as a programming language and WinForms or DirectX as a presentation layer separately. But with Metro apps, if you select a programming language such as C3, VB or C++, you will automatically buy into XAML as the presentation layer. Same with choosing Javascript, you will be tied to HTML5 and CSS3.

The combination of programming language and presentation layer largely depends on the priority and objective of your project.

As metro apps are unique, you cannot have an easy access to a SQL based relational data store. Existing Microsoft platforms can be used for some portions of SQL server such as Express, Compact, or CE, but this is not the case in the Metro sandbox.

If you integrate an open-source database, you will face problems in getting your app approved due to security needs. Metro apps are compatible with IE10 local storage technologies.

With Metro, apps that are in the background don’t run automatically. They are suspended unless the user brings them to the foreground. By default only the foreground metro app will be running and taking CPU resource whenever you demand.

This function is very much similar to iOS works. When Apple increased the features to the iPhone, it only allowed for various background tasks to run a particular scenario, and it is identical to Metro apps, Windows 8.

It does not include all .NET functionality

We all know the greatness of .NET, but in Metro, everything is built on the new WinRT API. The .NET functionality for Metro will be a subset is all available with the full framework. It is recommended to double-check what functionality will support you to meet your specific need.